The Widow Colony is a film that takes an in-depth look into the lives of the widows of the Sikh men who were killed in the anti-Sikh massacre of November, 1984. Along with the testimonies of the widows, supplemented with imagery of the killings and destruction that followed after the assassination of Prime Minister Indira Gandhi, the film conveys the intensity of the tragedy that occurred 22 years ago. In the capital, New Delhi, in 3 days over 4,000 men were killed, over 1,300 women widowed and over 4,000 children were left fatherless. The film is provocative and scintillating in its effect but, what it achieves in doing most effectively is conveying the trauma that still haunts the lives of these widows. The film, directed by Harpreet Kaur, explores the suffering of these women, their battle for justice and their struggle for survival in India. In addition to film festivals and the Smithsonian Museum, it has screened at the Canadian & UK Parliament and at the United States Congress. 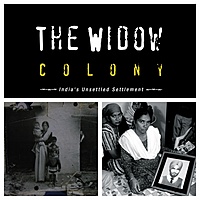 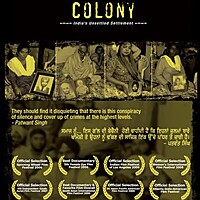