WHAT AM I DOING HERE?

ACTOR/WRITER ON THE ROAD WITH A NEW PLAY-WILL HE FIND AN AUDIENCE OR HAVE TO FACE HIS WORSE FEARS?

An honest and uplifting portrayal of struggle, success and failure.

A portrait of cult actor, writer and political activist, Donal O'Kelly, as he tours Ireland in his van with a motley cast and crew, including Sorcha Fox and Trevor Knight. After the opening night of his play in Dublin he receives bad reviews. The ever-optimistic Donal, none-the-less, heads out on tour; confident his cult audience will be waiting for him. However as the tour progresses and audiences dwindle Donal is forced to face his worst fears. As he heads back home, somewhat bruised, he reflects, with humour, on his life's journey and mulls over the purpose of art in society. Months later we return to find him in better mood as he ventures out with a second play, this time with dates in Paris, Rome and Warsaw. How will he fare will that? 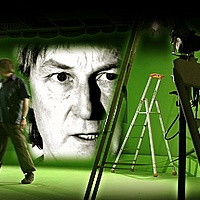 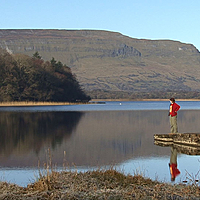 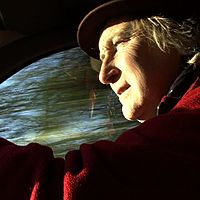