Today, Silicon Valley is home to the headquarters of multi-billion dollar IT enterprises. The beginnings were amateurish essays in color, chaos and revolutionary stirrings. Hippies, hobbyists and clever businessmen had set into motion an unbelievable revolution. The pioneers of the home computer wanted nothing less than to change the world and push “Big Brother” off his throne: they wanted computers for everyone.

In this entertaining documentary the pioneers of the PC revolution tell the story of the personal computer in a series of exclusive interviews. They are the visionaries and masterminds who, unlike Bill Gates or Steve Jobs, never made the big bucks but whose ideas and dreams built the foundations of the interconnected world we know today.

This film gives a platform to some of the most important figures of the PC revolution. Computer engineer and political activist Lee Felsenstein initiated a very first digital social network in 1973, three decades before the emergence of Face 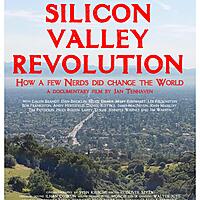