Every team has its fans. Every fan has a story.

In the Rust Belt city of Buffalo, NY, frustration is at an all time high after decades of decline and broken promises. Not seeing a path to renewal for their city in the politicians or corporations who have let them down for decades, the beleaguered yet loyal citizens turn to their professional hockey team for relevance, not just for their city, but for themselves.

The Fan Connection is a deeply personal fly-on-the-wall look at the lives of die-hard fans over a hockey season. Ultimately, it is a heart-warming story of what it means to be a fan, identifying with a city, and the power of ordinary citizens to affect change. 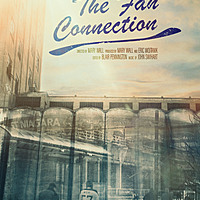