A Tribe of HIs Own: The Journalism of P. Sainath

Journalism is for people, not shareholders.

A Tribe of HIs Own: The Journalism of P. Sainath

At a time when government propaganda and corporate spin are increasingly presented as fact, and a handful of corporations control the news, A TRIBE OF HIS OWN: THE JOURNALISM OF P. SAINATH reminds us what news media can be.
In India, nearly 400 million people live in poverty. Believing that responsible journalism can help to change things for the better, Palagummi Sainath wrote a series of 70 newspaper articles for The Times of India chronicling the living conditions in the ten poorest districts of the country. For two years Sainath lived in the communities he wrote about; he traveled across India, often on foot, in hill areas, drought-prone areas, and tribal areas to put the issue of poverty back on the national agenda.

A TRIBE OF HIS OWN follows Sainath to the Indian villages he writes about and explores his contention that "journalism is for people, not shareholders." 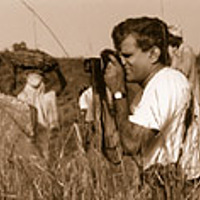