The Issue of Mr. O'Dell

This documentary examines the lifelong work of a pioneering African-American civil rights activist, Jack O'Dell (1923 - 1919). O'Dell was once a key member of the Southern Christian Leadership Conference (SCLC), where he worked alongside Martin Luther King, Jr. A former member of the Communist Party, O'Dell was followed by the FBI and was eventually forced out of King's organization. At ninety-four years of age at the time the film was completed, O'Dell spoke to issues concerning the civil rights struggle, both with respect to his historical involvement and to its contemporary incarnation with the Black Lives Matter movement. A veteran organizer within the Civil Rights Movement, O'Dell eloquently commented on contemporary forms of racism and inequality in America. 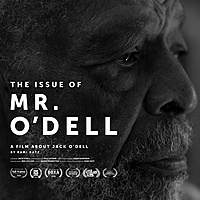