An intimate portrait of life, death, friendship and the movies

Rent or Buy on Distrify

The Los Angeles Times Critics' Pick SOMETHING'S GONNA LIVE is an intimate portrait of life, death, friendship and the movies, as recalled by some of Hollywoodâ€™s greatest cinema artists.

Not a nostalgia piece, but an exploration of the artistâ€™s moral obligation to truthfully portray the human condition, SOMETHINGâ€™S GONNA LIVE is a deeply engaging and thought-provoking celebration of the human stories behind the glamorous edifice of Hollywood. 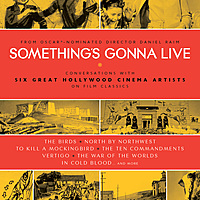