Daryl Gant is a Camden native, father of eight, and printing press operator. He was raised by a
single mother and strives to be a better father than his own, who abandoned him at birth.

His girlfriend, Nani, is the love of his life, but struggles to cope with a crippling crack and heroin
addiction, and the nefarious lifestyle to support it. More troubling is that Nani is pregnant with
their new baby boy, Darnez. It becomes Daryl’s new-found purpose to forge a better future for
the both of them.

Darnez was born healthy, but needs particular care growing up in an environment rife with safety
and well-being concerns.

Their friend, Iman, was once a drug dealing kingpin in Camden in the 1990s. He was also a father and a
mechanical engineer until he caught a dealer’s habit selling dope.

His own quest to sobriety will eventually force the hand of Nani to make a change, as they forge
parallel paths to recovery. 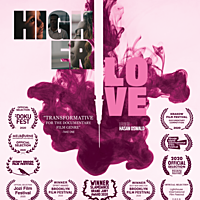