Trailer: 24 Hours In The CHOP

On June 8, 2020, the Seattle Police Department abandoned their East Precinct station on Capital Hill in Seattle. On July 1, they reclaimed the station. In the days between, a spontaneous, radical society known as Capitol Hill Organized Protest (CHOP)bloomed. Documentarian, activist, and longtime Seattle resident by way of Michigan Tajuan LaBee recorded his time spent in the Capitol Hill occupation, and his film is a candid, insightful study of the Zone’s complex culture and varied population. 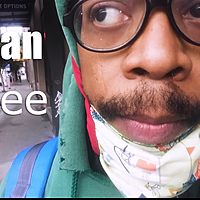