Devadasi_NOW is a documentary on the challenges of eradicating Devadasi tradition.
The documentary examines the illegal practice of religious servitude, popularly known as the Devadasi system that uses religion, class-caste, and poverty as weapons of discrimination, to abandon little girls of poor untouchable communities into prostitution in remote villages of Karnataka, India. Through direct conversations with scholars, NGOs, grass root activists and practicing Devadasis, the film makes a critical examination of the history and the myth, the complex socio-cultural and economic relationships of caste and social hierarchy that have created this tradition, which are culpable for the persistence of the practice of the tradition within poverty-stricken Dalit (untouchable) communities of northern Karnataka, India. 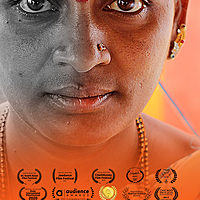