An Intensely personal and poetic look at Catholic clergy abuse told through a survivor & his family.

With intellect, humor, and a deep sense of betrayal, Salem filmmaker Joe Cultrera examines his brother Paul's sexual abuse at the hands of Father Joseph E. Birmingham and the culture of "corporate faith" that allowed similar abuses to continue unchecked for decades. His family's struggle with their faith in church and community boils over as Paul uncovers evidence of the Boston Archdioceseâ€™s systematic cover-up of clergy abuse years before the Boston Globe brought the story to the front page. The closing of St. Mary's Italian church in Salem, built with the donations and sweat equity of the Cultrera's close-knit community, sparks an emotional exchange between Paul Sr. and the clergy at the final Mass, and the filmmaker finds himself in an unexpected confrontation with Bishop Richard Lennon. This intensely personal, poetic and outspoken documentary burrows to the root of a crisis that has affected millions of tradition bound believers. 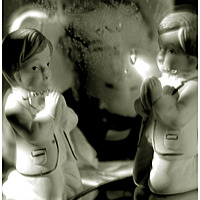