The Khmer Rouge tried to silence his voice 40 years ago. But they couldn't silence his songs.

Elvis of Cambodia is a feature length documentary film, which celebrates the life and legacy of beloved Cambodian Singer, Sinn Sisamouth.

As the most famous Cambodian artist to ever live, the film touches on the outstanding musical achievements he accomplished during his life. However, it is in the years that followed his passing that we shine the brightest light.

As we delve into the legacy of his music, we discover both the personal endeavors of his family to protect it, and socially, the influence it has had on the spiritual, intellectual and cultural growth and healing of millions of Cambodians worldwide. 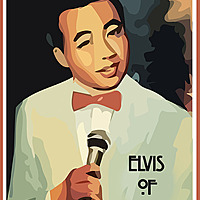