Sometimes it Falls Upon a Generation to be Great - Nelson Mandela

South Africa has a long and complex history. The legacy of colonialism and apartheid hang over it like dark clouds and despite the avalanche of hope its liberation brought in 1994, there persists a negative narrative about the country that is difficult to shake. And yet there is another story to tell, about the astonishing efforts of a new generation set to tackle the country’s problems in what has been called the ‘Second Revolution’. This is the first generation to live in a free democracy, the first to potentially fulfill Mandela’s vision of a Rainbow Nation. Most of them just one generation away from poverty, poor education and lack of economic possibilities. If this much can be achieved in 25 years what will the next 25 years bring? The thirty-six young dynamic South Africans at the core of this film - sportsmen, entrepreneurs, educationalists, artists, writers and activists, are a huge source of inspiration and hope - not just for South Africa but for the world. We all need hope. 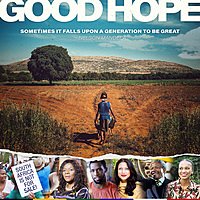