Narrated by Susan Sarandon. "One of the outstanding documentary shorts of 1999"--
- Academy of Motion Picture Arts and Sciences
On November 22, 1998, over 7,000 students, teachers, church people, activists and former military—some trained at Ft. Benning—met outside the gates of that Georgia army base, where SOA is located.

Led by actor Martin Sheen, 2,319 of them risked arrest and imprisonment by crossing the line onto the military base, the largest act of civil disobedience in the U.S. since the Vietnam war. 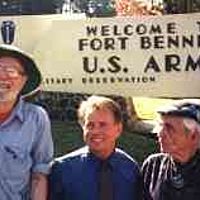