You can change the world. And you will!

82-year-old rock star politician Ellie Kinnaird blazed the trail for women in the South. This portrait follows the North Carolina State Senator as she courageously fights the radical agenda of the ultra-conservative majority during her final tumultuous year in office. The film recounts the remarkable journey of Ellie Kinnaird–from 1930's conventional Midwestern upbringing and life as a 1950's suburban housewife and mother, to esteemed, political progressive in the South. Empowered by the 1970s women's movement, Kinnaird became a prominent attorney and a courageous, outspoken advocate for social justice, the environment, education & campaign finance reform. The documentary follows her in 2013 -- in what would become her final, tumultuous year in public office. Kinnaird resigned her senate seat in protest to the extreme conservative agenda and to fight from the outside to transform the NC Voter ID law. 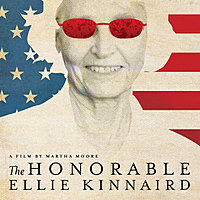