A Gathering of Heroes: The Last Reunion

Duty & Courage Made Them Heroes. Friendship & Honor Sustained Them.

It was with this noble intention that I set out to capture the friendship, the camaraderie and the love of the men of the 352nd. Their deeds were, of course, immense, their story heroic, but it was the love that these men still had for each other sixty years after their time together that moved me to tell their story. 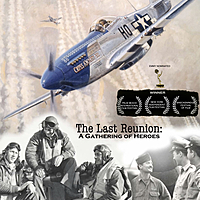