Nabarangpur is a district in south-western part of Odisha, India having a population of about 1.22 million. More than ten types of tribes are living in the District covering half of the population, depend upon cultivation and forest product for their livelihood. People practice cultivation only for one season the kharif season. Hence people resort to other method of earning for living.
The people here are mainly self-employed; they sell a product of which they are the producer. This involves selling fruit vegetables, pottery, fire wood or handmade textiles in the local market. As this people are mainly lower income group hence every member of the family including the children contribute there part for the living. The children mainly help in taking out the cattle herd to the nearby forest for grazing, sometimes they are accompanied by their elders sometimes they do it on their own. Apart from this the children also help out their parents by collecting firewood from the forest nearby, wh 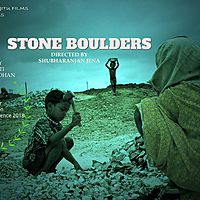