A film about being Muslim in the Age of Trump

Five Muslim Americans, each once an immigrant and now a naturalized citizen, are forced to contend with a changing world in the Age of Trump. The filmmaker chronicles five diverse Muslims in his hometown of New York City, telling the stories of an Indonesian Imam in Jamaica, a Bengali small businessman in Ozone Park, a Yemeni activist in Ditmas Park, a Palestinian community organizer in Bay Ridge, and an Algerian mosque director in Sunset Park. Together they create a composite portrait of Muslim life today.

Firmly committed to the U.S., they find their presence here questioned in ways never imagined, and each fights back against the Muslim Ban while continuing to explore a Muslim identity. Across the year a half period from the President’s Inauguration to the Supreme Court’s decision on the Ban, Shamsi, Kobir, Debbie, Aber and Mohamed navigate the constantly evolving reality of being an American Muslim. 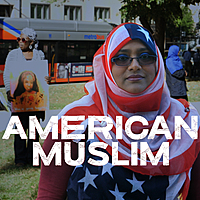