‘MiddleMen Documentary Trilogy is a three-part feature series that focuses on issues plaguing the criminal justice system, including performance driven policing, mental health, and the influence of the prison industrial complex on policy and laws.

‘MiddleMen’ is based on the New York City policing system called Compstat, which is revealed to push officers to serve policy over people, especially in communities most impacted by police violence. While leaning about the operations of the policing and criminal justice system, we follow a grassroots civil rights movement birthed by families left to deal with the anguish of losing their loved one to police violence. They are essentially thrown into activism. Gwen Carr, Hawa Bah, Kadiatou Diallo, Hawa Bah, and many others strive to protect the legacy of their loved ones and seek accountability for the unarmed deaths, particularly of people of color across the nation. 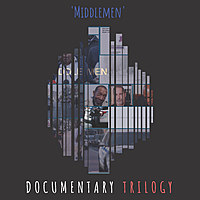