A Latina filmmaker chronicles her family's struggles with deportation, addiction and redemption.

In 1999, two brothers were deported from the United States to Mexico. Within two weeks one of the brothers overdosed on heroin in a seedy Tijuana hotel room, his body unclaimed for two months in a mass grave. Raised in the U.S. since childhood and military vets, these men were deported from the only country they knew, and had sworn to protect, to forge new lives in Mexico.
Interviewing family members, and weaving together family photographs, letters, and veritÃ¨ footage, an epic story emerges about an immigrant family with a dark history of abuse, addiction and resilience. What happens when a family confronts its past, and how they have survived despite the constraints imposed by and across the U.S. border, is the focus of this compelling and emotional documentary. 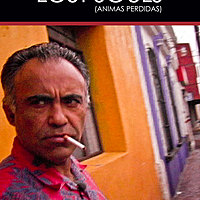