Go behind the scenes of the fashion innovator's most outrageous and personal project yet.

In 2018, Yann L'Hénoret followed Jean-Paul Gaultier for more than six months in his preparation for the revue Fashion Freak Show. The documentary Jean-Paul Gaultier: Freak & Chic pictures the life of the creator, his childhood, the discovery of his homosexuality, the love for his companion Francis Menuge who died of AIDS in 1990, his various collaborations and the creation of the Show. It is broadcast on December 19, 2018 on Canal +. 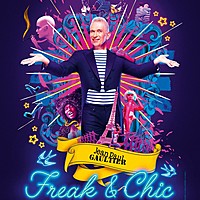