The House He Built

Italian Journalist and public TV pioneer Sergio Borelli leads us to a tour of his home.

What role places and objects play in people’s life? THE HOUSE HE BUILT is a feature film about a man, and his family house, which - like many others - is full of objects, books and memorabilia. Sergio Borelli, Italian journalist and public television pioneer leads us through his home: every single thing filling the rooms he walks in is the beginning of a new story. While we accompany Sergio in this journey where the house comes to embody his self, the film turns into an intimate excavation of what is memory revealed through the dialogues between Sergio and his daughter Caterina, the film director. By portraying the strong relationship between Sergio and the space he lives in, the film brings us to a wider question: What is most important to the person as they age? More so: What counts when life nears the end? 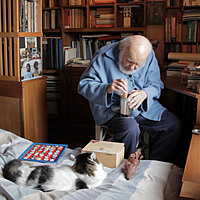 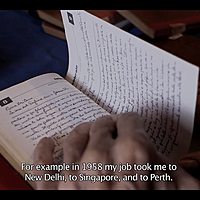 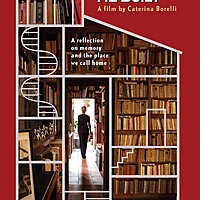