Time Simply Passes is a film about James Joseph Richardson, an orange picker in Florida who was wrongfully convicted of murdering his seven children in 1967. He spent 21 years in prison, until he was released in 1989 when the conviction was overturned due to miraculous circumstances. For a moment, he became a National celebrity and the face of the Innocence Movement. For the past 25 years, he's been struggling to survive, living off donations from friends while attempting to receive compensation from the State.

This is a film about race, about Florida, about the evolution of small-town justice, about forgotten historical moments, about systemic corruption at all levels of government, and a philosophical evaluation of the concept of restorative compensatory justice.

The film makes extensive use of archival footage, photographs, and documents, and endeavors to piece many disparate elements together to tell a story more than 50 years in the making. 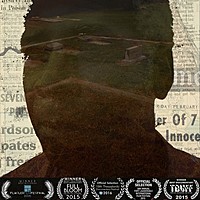