A Streetball Battle in the Heart of Chinatown

9-Man uncovers an isolated and unique streetball tournament played by Chinese-Americans in the heart of Chinatowns across the USA and Canada. Largely undiscovered by the mainstream, the game is a gritty, athletic, chaotic urban treasure traditionally played in parking lots and back alleys and it is fiercely protected by a community of men who who require that 2/3 of players are “100% Chinese.” A 9-Man tournament grew in the 1930’s, at a time when anti-Chinese sentiment and laws forced restaurant workers and laundrymen to socialize exclusively amongst themselves. Today it’s a lasting connection to Chinatown for a dynamic community of men who know a different, more integrated world, but still fight to maintain autonomy and tradition. 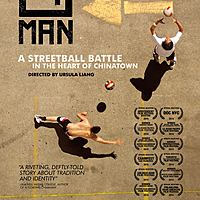