As Chinatowns across the country are facing off with gentrification, just over 300 Chinese American residents remain in Washington, D.C.’s historic Chinatown. Most of them are seniors living in the federally subsidized section 8 project Wah Luck House and have been pushing for the right to remain in the neighborhood as it undergoes development and rising property values since the early 1970s. Through the stories of three Chinese Americans, the documentary takes an intimate look at the past, present and future of a changing neighborhood from the perspective of its underrepresented low-income community. Just like when the 1960s Civil Rights Movement inspired many Chinese Americans into action, today’s D.C. Chinatown community has overcome the political and cultural isolation and reached out to nonprofit and legal organizations for education and representation in their on-going activism for equality and justice. 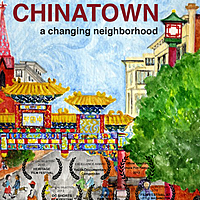