IN 1979, ARTHUR C CLARKE WROTE A NOVEL ABOUT AN ELEVATOR TO SPACE. THEY INTEND TO BUILD IT.

SKY LINE is not just a story about trying to build the largest thing ever, it’s a story about our impulse to push limits and chase dreams, even when the results might not be seen until long after we’re gone. What drives a person to devote his life to pursuits that may take generations to achieve?

We set out to answer that question when we first went to Seattle to begin filming the folks involved in the Space Elevator Conference. We didn’t have much of a plan, but we knew everyone had a story – and we found the people that became the backbone of this film. For several years, we would revisit these eccentric and brilliant characters, until we had cobbled together a film called SKY LINE.

The story of SKY LINE is half science and half dream, much like “Fountains of Paradise”, the Arthur C. Clarke novel that was so inspirational to our characters. 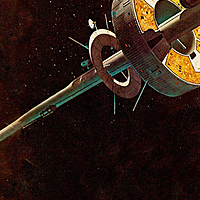