Immigrants from Turkey in the post-Wall, re-unified Berlin reflect on their past, present, future

Duvarlar-Mauern-Walls, is a trilingual (Turkish, German, English) documentary about a moment in the recent history of the largest minority in re-unified, post-Wall Berlin: the immigrant community from Turkey, as witnessed by a Turkish filmmaker from the USA. In the aftermath of the fall of the Berlin Wall and the unification of the two Germanys, 1991 was the year when anti-foreigner violence in Germany was becoming too visible to ignore. 1991 was also the 30th anniversary of the beginning of the migration from Turkey to Germany. In this film, Berliners from Turkey talk about their past, present, and possible future, reflecting on what the fall of the Wall and the subsequent unification meant for them and how increasing hostilities are affecting their sense of identity and belonging in the new Germany. Duvarlar-Mauern-Walls, is a personal view from the periphery by a filmmaker, who is simultaneously an insider and an outsider. 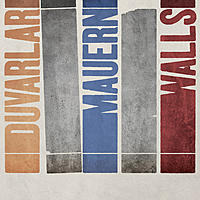