Unsettling, tragicomical, absurd local and global stories of the “nuclear” in Turkey.

Turkey is one of the countries still affected by the radioactive fallout from the 1986 Chernobyl disaster. Now, with its very first nuclear power plant under construction and two more in the planning, it is at a “nuclear” threshold: unless stopped, it will soon become a nuclear energy and waste producing country. Despite public opposition, a fledgling anti-nuclear movement, and an inadequate infrastructure, the current anti-democratic government with Erdogan at the helm, and his son-in-law as the Minister of Energy push for nuclear energy unabatedly. We ask: how did we come to this point and where do we want to go from here?

Nuclear alla Turca is a feature-length independent documentary-in-development that traces the decades-long local and global “Turkish-style” march to this nuclear threshold, by bringing together the sometimes unsettling, sometimes tragi-comical, and most of the time absurd “radioactive” stories of Turkey. 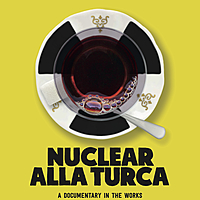