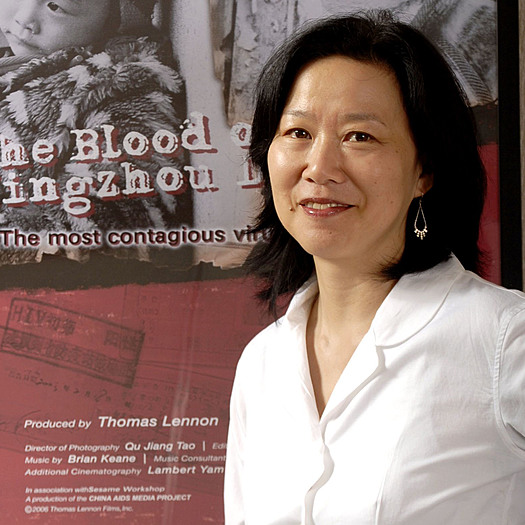 Ruby Yang is an award-winning Chinese American filmmaker. She directed The Blood of Yingzhou District, which won the Oscar for best documentary short in 2007, and The Warriors of Qiugang, which received an Academy nomination in the same category in 2011. The Wall Street Journal called her 2014 documentary, My Voice, My Life, one of the “five most essential films” to come out of Hong Kong that year. She now heads the Hong Kong Documentary Initiative at the University of Hong Kong, which aims to nurture the next generation of documentary filmmakers in the region.