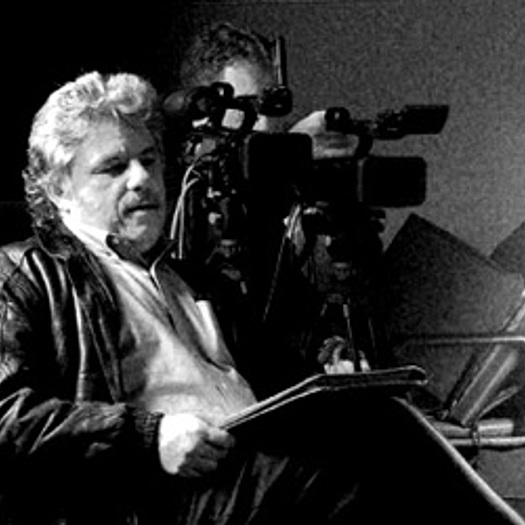 William Gazecki is a documentary filmmaker and former sound mixer best known for his Academy Award-nominated and Emmy Award winning film WACO: The Rules of Engagement (1997). The film premiered at the Sundance Film Festival, was awarded the International Documentary Association's Distinguished Documentary Achievement Award, and won awards at both the Melbourne International Film Festival and the Vancouver International Film Festival. Early documentary projects include the 5-part Lessons in Technical Remote Viewing, produced in 1998 for self-proclaimed "PsySpy" and former Army Intelligence maverick Major Ed Dames. Prior to that, his The Natural Solutions, produced with Susan Stafford for PBS broadcast in 1993, impacted then-pending legislation attempting to limit public access to vitamins and health food supplements. He followed WACO: The Rules of Engagement with the feature-length documentary Reckless Indifference (2000), produced with Chip Rosenbloom, about a convicted felon named Brandon Hein. Reckless Indifference won a Golden Satellite Award from the International Press Academy, and was broadcast extensively on the Starz Channel. Gazecki's Crop Circles: Quest for Truth, released theatrically in 2002, is an examination of the mysterious, worldwide crop circle phenomenon. The film won Best Documentary at the Thomas Edison Film Festival, and was broadcast on the SciFi Channel. His next release, Invisible Ballots (2004), produced for Libertarian stalwart G. Edward Griffin and featuring noted activist Bev Harris, presented a critical examination of the issues surrounding electronic voting technology. Around this time he co-produced radio and TV spots for longtime friend Aaron Russo in Aaron's bid to be elected Governor of Nevada. He also spent close to a year shooting the multipart educational series Energy From the Vacuum featuring Tom Bearden and John Bedini. He has partnered with LeVar Burton on a series for PBS entitled The Science of Peace, and in 2006 completed Future by Design, a feature-length profile of Jacque Fresco, known for The Venus Project and The Zeitgeist Movement. In 2007, he was completing Behind the Masks: The Story of the Screen Actors Guild, a 4-part, 5-hour documentary mini-series for the SAG Foundation. In 2008 William was asked to help complete the environmental documentary Vanishing of the Bees, which concerns the unexplained collapse of millions of beehives throughout the world. That year he also had the unique opportunity to shoot reclusive record producer Phil Spector for a documentary on the late John Lennon. In December 2009 he began work on the filmic biography of world-renowned vaudeville impressaria Sophie Tucker, the Last of the Red Hot Mamas. William's early days began in a music recording studio with the unforgettable Liberace and dulcet crooner Andy Williams. Following that was a recording and touring stint with classic rocker Joe Cocker (Luxury You Can Afford), aided by Sax-man Bobby Keys and Woodstock producer Michael Lang. During this period he also worked with Pure Prarie League (Takin' the Stage), Jesse Colin Young (American Dreams), The Cate Brothers (The Cate Brothers Band), Nick Gilder (You Know Who You Are), Richie Furay (Dance a Little Light), and Jackie De Shannon (You're the Only Dancer), as well as a brief stint with record producer Richard Perry on the Leo Sayer album Endless Flight. The height of his music recording career was collaborating with one of the great record producers of all-time, Paul A. Rothchild, who William considers his most memorable and respected mentor. Together, Rothchild and Gazecki completed The Rose (with Bette Midler), and two albums for The Doors (Alive She Cried and Greatest Hits, Volume II). They also produced actress/singer Katey Sagal's earliest solo recordings. Gazecki came to documentary filmmaking in 1991 after a multiple Emmy Award career in post-production sound mixing for film and television on such productions as The Rose, Dune, Who Framed Roger Rabbit?, Hill Street Blues, St. Elsewhere (for which he was a co-recipient of an Emmy Award for sound mixing in 1986), Moonlighting, thirtysomething, and In the Heat of the Night. Other recognition for excellence in sound mixing included honors from both the Cinema Audio Society (CAS) and the Motion Picture Sound Editors society (MPSE), and several Gold and Platinum albums. In 2005 William qualified to become a member of the Directors Guild of America (DGA), and immediately began serving on the Documentary Selection Committee which determines the recipient of the DGA Documentary Award. In 2009 he was invited to become a member of the Academy of Motion Picture Arts and Sciences (AMPAS), and serves on a similar Screening Committee to select the nominees for the Oscar for Outstanding Achievement in Documentary Filmmaking. William currently resides in Hollywood.