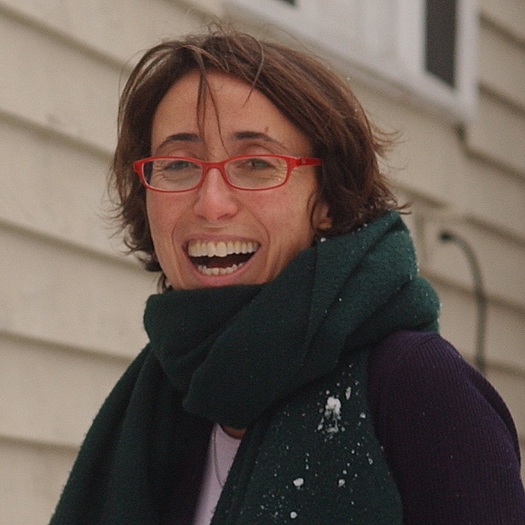 Vania Del Borgo is a freelance producer and writer based in Italy. She was born in Rome but grew up in New York. After earning a B.A. in Government from Oberlin College, Ohio, she worked as a subeditor and research director at The Nation magazine (1984-89). She moved to London in 1989 to earn an MSc in European Studies from the London School of Economics, and started working as a researcher and later as a producer/director at the independent Bandung Ltd. on a range of history and culture documentaries mainly for Channel 4.

In 1999 she moved to Rome and worked as a producer/director for RAI's thematic satellite channel RAI SAT ART and for the current affairs documentary series C'era una volta, broadcast by RAI 3. In 2002 she joined the independent production company Doclab, where she was responsible for coordinating project development and co-productions and where she co-wrote and produced the award-winning feature-length documentary 'Excellent Cadavers' (2005), about the murder of the anti-mafia magistrates Giovanni Falcone and Paolo Borsellino, directed by Marco Turco, as well as a number of one-off history documentaries, including 'On Assignment for Mussolini' (2006), 'The Rosselli Files' (2007) and 'Michelangelo Revealed' (2008).

In 2012 she took part in the training scheme Eurodoc, executive produced Gustav Hofer and Luca Ragazzi's feature doc 'What is Left?' (2013), and worked as story editor, writing the treatment, for 'The Troublemaker,' Roberto Salinas's documentary shot behind the scenes during Miguel D'Escoto Brockman's year as president of the UN General Assembly (2014), produced by GA&A Productions.

Among her most recent writing credits are the crime series produced by Doclab for A&E Italy 'Camorriste' (2016), the one-off documentaries produced by GA&A Productions 'Behind the Altar' (2017) in coproduction with ZDF/ARTE and EO IkonDocs, in association with SVT, VRT, RTS, RSI, SRC and 'Our Man in Cairo' (2018) co-produced by Gruppe 5 Film GMBH and ZDF/ARTE in association with SKY Italy and Al Jazeera. She is currently executive producer of a three- part series in development 'Television' for B&B Film and in charge of creative development for Marco Turco's archive-based feature documentary on heroin addiction in Italy for Mir Cinematografica.

To see Vania Del Borgo's full profile (including skills, experience and contact information), you'll need to be logged in as a Professional.
Join or Log in