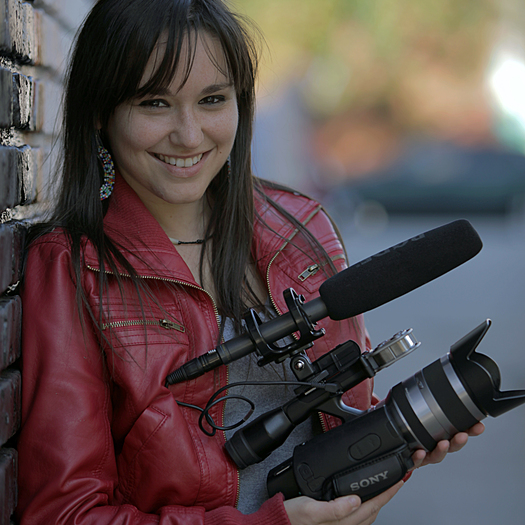 Vanessa Crocini is an Italian journalist and documentary filmmaker currently located in Los Angeles. She graduated in Film from University of Bologna after being an exchange student at University of California, Santa Barbara. After completing a Post Graduate Program in Entertainment Studies at UCLA, she developed her interest in documentaries. Vanessa has worked on several film, commercial, music videos and documentary productions in Italy, Los Angeles and in the African continent. She has collaborated with the Italian national television RAI, Bonsai TV and Agon Channel.  Her passion for documentaries has brought to several journalistic collaborations for several Italian film magazines and blogs. She mainly highlights and writes about films, filmmakers and stories that have a social interest.

Her first feature length award winning documentary, Get Together Girls was produced by Vasco Rossi, the most famous Italian rockstar, for whom she shot the music video Mary Luise. Vanessa is part of SIMA (Social Impact Media Awards) as one of the journalists and members of the selection committee and her intention is keeping on writing about and making films that focus on social issues and expose impact topics. Among the projects she has worked on, The Empowerment Project is one collaboration she is proud of. As the documentary shooter in the crew, Vanessa, together with other four women filmmakers, travelled across the USA in 2013 to interview exceptional women in their career fields.

Vanessa is a proud honoree of the PrimiDieci Under 40 2014 which celebrates the extraordinary professional and personal success of the ten most distinguished individuals with Italian origins or Italian nationality, currently in the U.S.

She is currently working on her second feature length documentary, Street Poets.