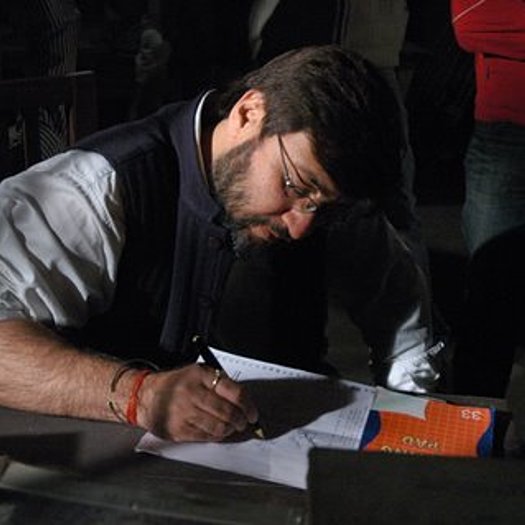 A graduate of the AJK Mass Communication Research Centre at the Jamia Millia Islamia University in India, Umesh Bist co-founded Rosetta Stone Media Private Limited, a television software company in 1992, and has since produced and directed many short films, documentaries and television serials. Umesh is the Director of Kyunki Jeena Issi Ka Naam Hai - a currently running television series produced by UNICEF-Miditech and telecast on Doordarshan, Indiaâ€™s oldest television network. He is also the Creative Director of Galli Galli Sim Sim â€“ a television show for children for Sesame Street/Turner-Miditech which is telecast on the Cartoon Network and the Pogo Channel. Over the last twenty years, Umesh has directed many short films and documentaries receiving kudos for them from around the world. Bangle Box, starring Nandita Das and Uttara Baokar was Indiaâ€™s entry in International Film Festival while Hotel was screened in the Star best seller on Star TV. in. Seva, a film about chikan workers of Lucknow was selected by the UNESCO for screening on International women's day at and Aye Mohabbat, a film on legendary ghazal singer Begum Akhtar premiered at the Nehru Centre in London Umesh rounds off his creative and directorial talent with experience in lifestyle, news and current affairs programming. He has designed and executed shows like 30 Minutes, Healing and Beyond, Going On, In This Our Land and Arts Plus. Healing and Beyond was Indiaâ€™s first medical investigative serial and Going On, a unique docu-drama about physically challenged people enjoyed high TRP ratings in the English programming segment in (when?). Umesh also directed Partners in Progress a film on Indo ASEAN economic cooperation for Indiaâ€™s Ministry of External Affairs which was screened at the ASEAN Summit in Laos in (year?) when it was inaugurated by the Indian Prime Minister, Mr. Manmohan Singh(?) In search of Steam, Room without a View, Divine Wilderness and Katha are a few other short films and documentaries that have been screened at various film festivals of repute.
To see Umesh Bist's full profile (including skills, experience and contact information), you'll need to be logged in as a Professional.
Join or Log in