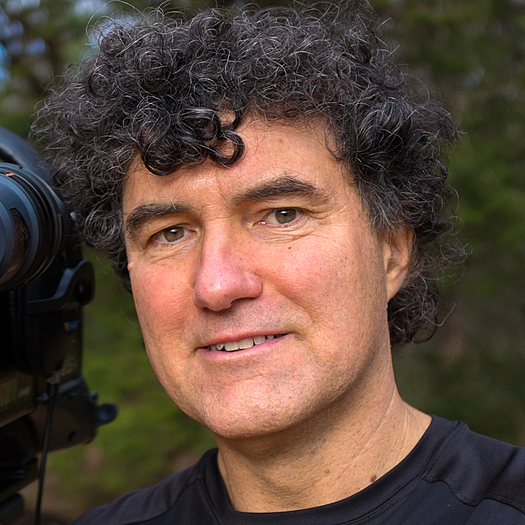 “Filmmaker Robbie Leppzer is remarkably sensitive regarding the nuances of his subject matter and protagonists. The result is filmmaking that is both compelling and thought provoking.”
—Geoff Gilmore, Director, Sundance Film Festival

“In a time of sadness, thinking of the dead and maimed on both sides, this film gives us hope and inspiration. I hope it will be shown widely.”
—Howard Zinn, Author of A PEOPLE’S HISTORY OF THE UNITED STATES

AN ACT OF CONSCIENCE
(90 minutes, color video, 1997) director, producer, videographer, editor, sound recordist.
Filmed in a cinema-verité style over a five-year period, this feature-length documentary chronicles the story of a family in western Massachusetts whose home was seized by federal marshals and IRS agents after they publicly refused to pay federal taxes as a protest against war and military spending. Narrated by actor Martin Sheen. Produced in association with HBO/Cinemax. World Premiere, 1997 Sundance Film Festival. Nationally broadcast on Cinemax, Sundance Channel, Link TV, and Free Speech TV.

“AN ACT OF CONSCIENCE is one of the most deeply moving films I’ve seen in years. Seeing this movie lifts your spirits, exhilarates, and offers hope.”
—Studs Terkel, Author of WORKING, HARD TIMES, and THE GOOD WAR

“This moving video offers an alternative view of Columbus’s place (or misplace) in history, seen through the eyes of Native Americans. A telling video, straight from the heart and the source.” —Steve Garbarino, BILLBOARD.

“A striking evocation of Nicaragua’s struggle and a moving expression of America’s best response.”
—Andrew Kopkind, THE NATION

“SEABROOK 1977 is an invaluable historical document. The film manages to capture not only the sights of an extraordinary action, but the voices of ordinary people expressing their most personal feelings about one of the critical issues of our time.”
—Howard Zinn, Author of A PEOPLE’S HISTORY OF THE UNITED STATES