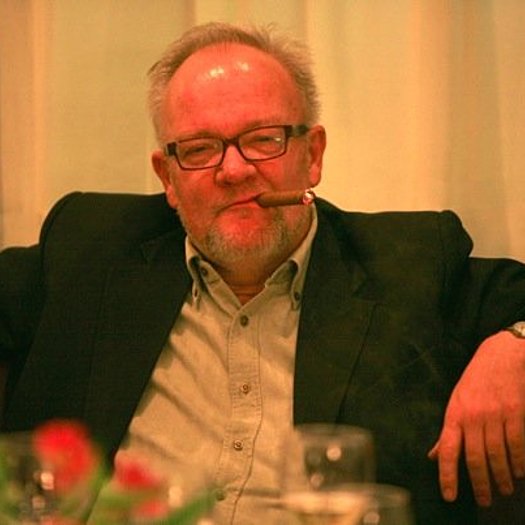 Tue Steen Mueller. Born 1947. Worked with short and documentary films for more than 20 years at the Danish Film Board - as press secretary, head of distribution and information and as a commissioning editor. Articles for national and international newspapers and magazines. Co-founder of Balticum Film- and TV-Festival, Filmkontakt Nord and Documentary of the EU. Travelled to European short and documentary festivals often to be seated as a jury member. Has given documentary courses and seminars in more than 30 countries. In 2004 awarded the Danish Roos Prize for his contribution to the Danish and European documentary culture. In 2005 awarded a prize at the DOCLisboa for his contribution to the international development and promotion of Portuguese documentaries. In 2015 honoured by the President of Lithuania for his contribution to documentaries in the Baltic country. From 1996 when it started till 2005, director of EDN (European Documentary Network). Given the EDN Life Achievement Award 2005. From 2006 free lance consultant and teacher in Danish and European documentary matters. Selector and consultant for the festivals DOCSBarcelona, Magnificent7 in Belgrade. Was Head of Studies at the European training programme Ex Oriente. Tutor at other training programmes like Archidoc, ZagrebDOXPro, Discovery Campus, Baltic Sea Docs and many others. Has his own website - together with Danish Allan Berg - where he posts documentary film news and reviews documentaries: www.filmkommentaren.dk

To see Tue Steen Mueller's full profile (including skills, experience and contact information), you'll need to be logged in as a Professional.
Join or Log in