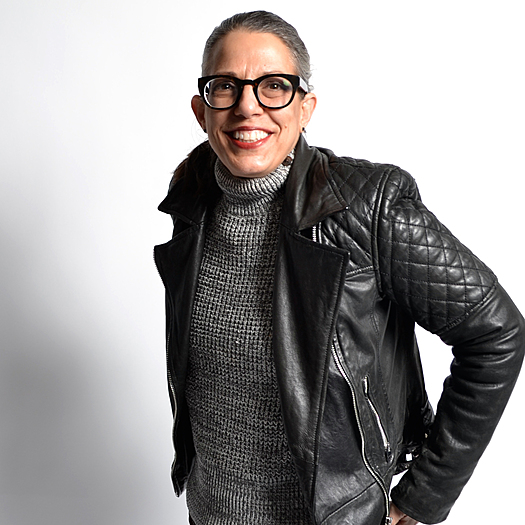 Tina DiFeliciantonio has been a partner, with Jane C. Wagner, in Naked Eye Productions since 1988. Their critically acclaimed work has been screened at museums, film festivals, educational institutions, and, broadcast in countries throughout the world. Their collaboration began while at Stanford University's Masters Film Program, where DiFeliciantonio made her directing debut with the National Emmy Award-winning film Living With AIDS and Wagner, the award-winning Hearts & Quarks. Their work includes: Girls Like Us, which has garnered a number of top honors including a National Emmy for Outstanding Cultural Program and the Grand Jury Prize for Best Documentary at the 1997 Sundance Film Festival (PBS, The Sundance Channel & foreign television); Two Or Three Things But Nothing For Sure, which was nominated for a National Emmy (PBS, The Sundance Channel, & foreign television); Walk This Way, an award-winning documentary special on understanding diversity (USA Networks & foreign television); Tom's Flesh, winner of the 1995 Sundance Film Festival Award for Achievement in Short Filmmaking (Showtime & Channel 4 UK); Culture Wars, a program in the series The Question of Equality (PBS & Channel 4 UK); and Una Donna, which was aired as part of NPR's Legacies: Tales From America. In addition to their own films, they have worked on a number of independent docs and features, such as the recent Sundance award-winner Scout's Honor (Cinematography), Next Wave's Keep The River On Your Right (Editorial Consultant), HBO's Reno Finds Her Mom (Editor & Co-Producer), Sue Marcoux's Twinsburg, OH: Some Kind of Weird Twin Thing (Co-Producers, Cinematographer & Sound Recordist); Mira Nair's Kama Sutra (Associate Producer); HBO's Truman and Citizen Cohn (Production Associate); Jonathan Demme's Philadelphia (Assistant Auditor); and the critically acclaimed independent feature My New Gun (Sundance New Producers Fellow). DiFeliciantonio and Wagner have lectured at universities and participated on various panels and juries, including the Sundance Film Festival and the Emmy Awards. Support for their work has come from organizations such as the American Film Institute, the National Endowment for the Arts, the Independent Television Service, the Women In Film Foundation, the California Council for the Humanities, and the New York State Council for the Arts. They are members of The Academy of Television Arts & Sciences. Wagner and DiFeliciantonio recently completed Series Producing /Executive Producing the premiere season of "Code Blue," 13 one-hour programs about Charity Hospital in New Orleans for The Learning Channel, and, contributed to an upcoming HBO special, Nerve.com. They were also awarded a Rockefeller Fellowship for their upcoming historical documentary Silent Voices, on the marginalization of women and independent filmmakers during cinema's silent era. They are in development with several new projects for cable television and will be teaching at Swarthmore College in 2002.