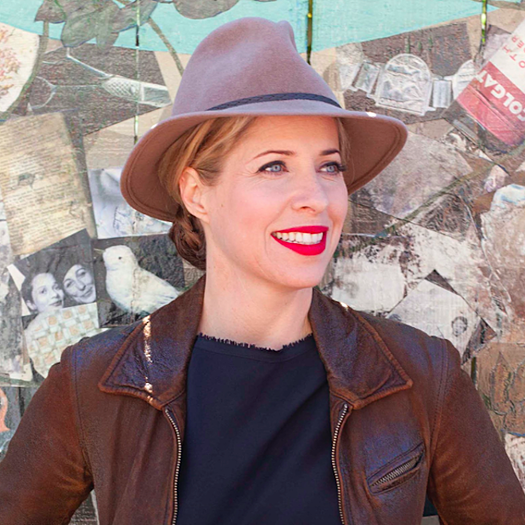 Honored by Newsweek as one of the â€œWomen Shaping the 21st Century,â€ Tiffany Shlain is a filmmaker, artist, founder of The Webby Awards, co-founded the International Academy of Digital Arts & Sciences and a Henry Crown Fellow of The Aspen Institute. Tiffanyâ€™s work with film, technology and activism have received 44 awards and her last four films premiered at Sundance. They include â€œLife, Liberty & The Pursuit of Happiness,â€ about reproductive rights in America and â€œThe Tribe,â€ an exploration of American Jewish identity through the history of the Barbie doll, â€œYelp: With Apologies to Allen Ginsbergâ€™s Howl,â€ and our addition to technology and the importance of â€œunplugging, and her new award-winning feature documentary, â€œConnected: An Autoblogography about Love, Death & Technology.â€ A celebrated thinker and speaker, she will be giving a plenary talk at Cannes MIPdoc in France this spring, has advised Secretary of State Clinton, is on the advisory board of M.I.T.â€™s Geospatial Lab and presented the 2010 campus-wide Commencement Address at UCBerkeley. www.tiffanyshlain.com
To see Tiffany Shlain's full profile (including skills, experience and contact information), you'll need to be logged in as a Professional.
Join or Log in