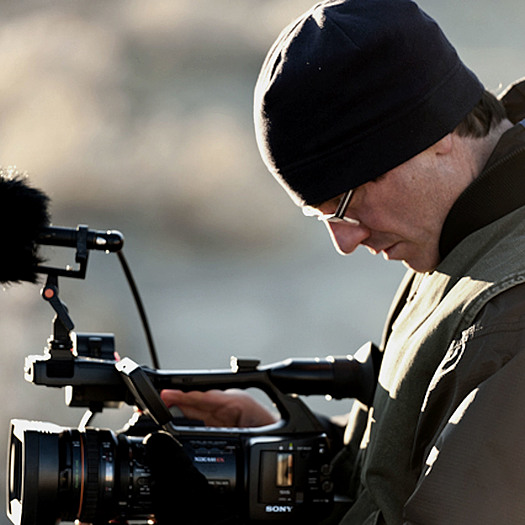 Kenny is an award-winning filmmaker, producer, and media educator based in Durham, North Carolina. He founded The Groove Productions in 1996 when he began producing documentaries and community video.

His films, “Go Fast, Turn Left: Voices from Orange Country Speedway” (1997) and “Shine On: Richard Trice and the Bull City Blues” (2000), screened across North Carolina as part of the NC Humanities Council’s Road Scholars program. He co-directed and shot “Bending Space: Georges Rousse and the Durham Project” (2007) which screened at festivals around the world and aired across the southeast on PBS. His disability rights film, “A New Kind of Listening” (2009), received national recognition in 2010 from TASH as recipient of the ‘Positive Images in Media Award’. “A Weaverly Path: The Tapestry Life of Silvia Heyden“ (2011) and “Bending Sticks: The Sculpture of Patrick Dougherty” (2012), offer immersive portraits of internationally recognized NC artists. “Peace in Our Pockets” (2016) follows the peacebuilding work of Kenyan activists in the lead up to Kenya's 2013 elections. Kenny’s most recent award winning film, “You Gave Me a Song”, celebrates the life and music of old-time musician Alice Gerrard. Kenny received his M.A. in Anthropology from Duke University in 1985 and taught at Carolina Friends School between 1986–1996.