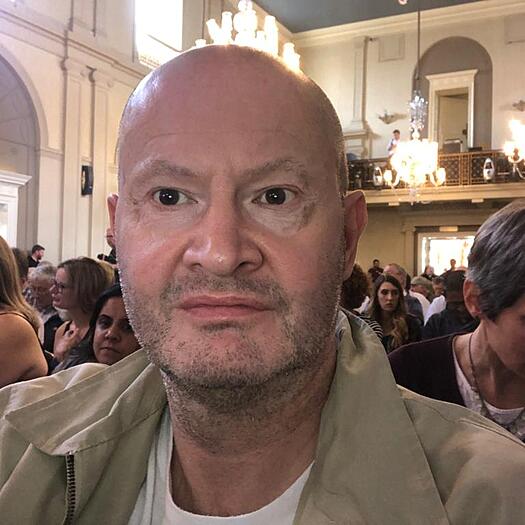 I am originally from York in the United Kingdom, and am currently based here. My academic background to the Masters Degree level has been in the social sciences/humanities, with an emphasis on Russian/Post-Soviet Studies. I have travelled fairly widely internationally. My professional career has largely been in English language teaching in a wide cross-section of countries, as well as in project management and monitoring & evaluation with the UN and NGOs. My work in developmental and humanitarian assistance has been predominantly in the countries of the former Soviet Union, and projects I have worked on include: Support to refugees and displaced peoples; Rural development; Migration; Disaster Preparedness; Education; Water & sanitation; Support to young filmmakers.

I have always had an interest in documentary, and a desire to make them from a fairly young age. I would say that most of my life’s experiences have influenced me and given me ideas that could potentially be developed into future works of creation.

I finally ‘took the plunge’, and completed a short, intensive course in documentary film-making run by Documentary Filmmakers Group in 2006. After this, throughout the rest of 2006 and into 2007, I made the documentary about the UN Refugee Agency in Azerbaijan for whom I had previously worked. In 2009 I completed a short course in editing at the London Metropolitan Film School.

From 2009 to 2014 I developed a scenario for, and completed a lot of filming for a documentary project about labor migration from central Asia to Russia. I put together a rough cut of the film independently, but unfortunately, the film ran into a variety of difficulties and was never finished. I have, however, learned much from this experience, and this should help my work in documentary in the future.

Since late 2019, I have focused on developing my documentary filmmaking skills, and on moving two projects I have forward. I have done this by attending a lot of online and in-person events related to different documentary and factual tv.