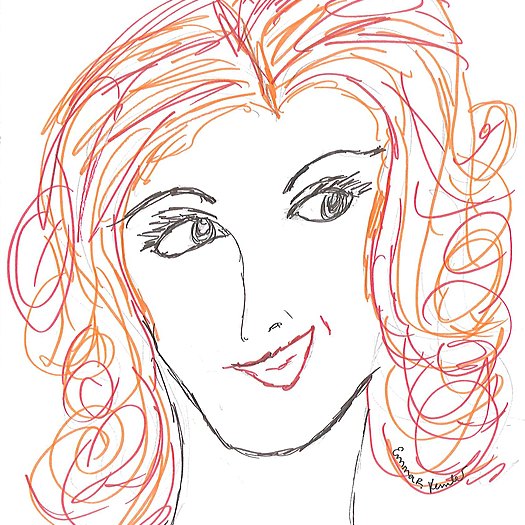 Andrea Kalin, founder and president of Spark Media, is an award-winning documentary filmmaker whose work has earned more than 85 industry awards; including: a Prime Time Emmy, and Golden Globe and WGA nominations. Employing superior storytelling gifts to promote social change, her stories depict lives of courage, perseverance and dignity set against brutal injustices and seemingly insurmountable hardships. Some of her films dramatize lives that have until now been lost to history, while others address contemporary social issues. Her documentary production company, officially launched in 1989, truly is a “spark,” as it utilizes visual narratives to increase awareness, foster dialogue and give audiences a chance to become more engaged in the world in which they live.

Through the 1990s, Kalin completed a number of award-winning documentary shorts that quickly established her as a filmmaker who intertwines compelling stories with important messages, such as Too Brief a Child: Voices of Married Adolescents, A Voice of Her Own: Women and Economic Change in Asia, Asia’s Water Crisis: The Struggle Within Each Drop.  Kalin’s other notable films include Battered Lives, Broken Trust: When Men Abuse Women, Wired for Change, The Real Scoop about Diet and Exercise, From Rage to Recovery: The story of violence in Latin America, Forging Ahead: Women and Microenterprise, Bridges: Southeast Asians’ American Journey and Breaking the Poverty Cycle: Investing in Early Childhood, as well as a series of poignant public service announcements, including a much celebrated spot created for the World Bank on the occasion of World Hunger Day that aired on the ABC, FOX and MTV networks worldwide.

Kalin’s feature-length debut, Partners of the Heart, aired on PBS’s American Experience television series in 2003 and was rebroadcast in 2005. The film, narrated by Academy Award-winning actor Morgan Freeman, captured the Erik Barnouw Award for Best History Documentary in 2004. Inspired by her storytelling, HBO turned the documentary into an Emmy Award-Winning feature film. Kalin was the project’s Executive Consultant contributing to the screenplay, set design and editing. Partners of the Heart tells the segregation-era story of a white surgeon and an African-American lab technician credited with pioneering one of the century’s great medical breakthroughs, the advent of modern heart surgery. Kalin’s next feature-length film was a moving and inspirational documentary entitled, The Pact, based on the bestselling book of the same title, which recounts the lives of three African American men from inner-city Newark, New Jersey, who vowed to become doctors and against all odds succeeded. Winner of the Best Documentary Award at the Boston International Film Festival, The Pact has since aired on public television and continues to be shown around the United States and utilized as a motivational tool for youth. Kalin’s PBS documentary Prince Among Slaves, won a World Gold Medal, a CINE, Best Documentary at the 2007 American Black Film Festival, Best Documentary at the 2008 Mid Atlantic Black Film Festival and the Paul Robeson Award. Kalin’s comedy debut, Allah Made Me Funny: Live in Concert was released with wide acclaim theatrically in the Fall 2008. The film’s theatrical engagement was held over in cities across the globe, including: Chicago, Houston, Jerusalem and Tel Aviv. That same year she also wrote and produced, Talking through Walls: How the Struggle to Build a Mosque Created a Community. In the Fall of 2009, she completed Soul of a People: Writing America’s Story, a feature-length documentary she directed, produced and wrote for the Smithsonian Networks and funded by the National Endowment for the Humanities. Narrated by award-winning actor Patricia Clarkson, Soul of a People is the story of the most chaotic and influential cultural experiment in American history. Released in early 2010 was Worlds of Sound: The Ballad of Folkways Records, which was directed, produced and written by Kalin and narrated by Pete Seeger. Worlds of Sound tells how Folkways Founder Moe Asch and a spirited handful of producers launched a record label that turned the music business model on its head. In 2013 Kalin directed and produced, No Evidence of Disease, a film about six GYN cancer surgeons who take on the Big C with Rock 'n' Roll. Their patients become the band's most ardent fans. No Evidence of Disease received the Madelyn's Choice Award at the Rocky Mountain Women's Film Festival, among others. Kalin's most recent documentary film Red Lines, provides cinematic boots on the ground, offering a rare window into the Syrian conflict taking us from the trenches to geopolitical jockeying and becoming, along the way, a searing exposé of an ongoing inhumane crisis. Red Lines went on to win Best Feature Documentary at Woodstock Film Festival and was named a Top 20 Audience Favorite at Hot Docs International Documentary Festival, among others.

Kalin has a wide range of film projects currently in development, including First Lady of the Revolution, a biography of Henrietta Boggs, the American Southern Belle and wife of revolutionary Jose Figueres who found herself in the thick of the 1948 Costa Rican Civil War and the creation of the most vibrant democracy in Latin America; Sonata Mulattica, a documentary adaptation of former poet laureate Rita Dove’s book of the same name, about Afro-European violinist George Polgreen Bridgetower and his relationship with Ludwig Beethoven; and Scattering CJ, a film about mental health, suicide, a global outpouring of support and a family's quest for healing. The loss of one becomes the journey of thousands.