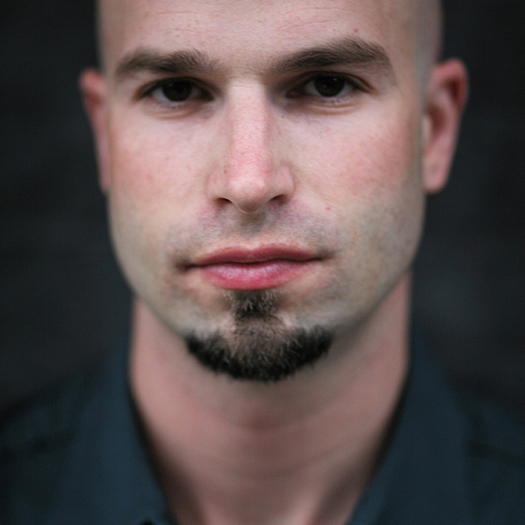 Ben Selkow is the director, producer and director of photography of "Buried Above Ground" (2011). The documentary film explores the harrowing stories of three Americans living with the burdens of PTSDâ€”a combat-wounded Army Captain returning from Iraq with a Purple Heart, a native New Orleanian survivor of Hurricane Katrina, and a rape/domestic violence survivor. With these stories, "Buried Above Ground" takes the realities of living with PTSD out of the shadows and allows audiences to experience the emotional, medical, and financial costs of this growing mental health epidemic. (www.buriedaboveground.tv) Recently, Ben was selected as a Fellow for The Carter Centerâ€™s 2010-2011 Rosalynn Carter Fellowships for Mental Health Journalism. The fellowship program is part of the Carter Center's Mental Health Program, which works around the world to reduce stigma and discrimination against people with mental illnesses and to decrease incorrect and stereotypical information. The program also seeks to increase access to mental health services and inform mental health public policy. Ben also was selected to participate in The Dart Center for Journalism & Traumaâ€™s 2010 conference entitled â€œWhen Veterans Come Home: A Workshop for Working Journalistsâ€ at The Carter Center in Atlanta, GA. The Dart Center for Journalism & Trauma, a project of the Columbia University Graduate School of Journalism, is dedicated to informed, effective and ethical news reporting on violence, conflict and tragedy. In addition to "Buried Above Ground," Ben is producing a new feature-length documentary about maternal health issues and the prevention of mother to child HIV transmission shooting entitled "The Carrier" (2011)in Zambia for director and executive producer Margaret Betts. Ben was the director/producer/director of photography/writer of "A Summer in the Cage," a feature-length documentary about bipolar disorder that premiered on Sundance Channel in October 2007 and is being distributed for home video by Indiepix Films, for educational sales by 7th Art Releasing and Cinetic Rights Management (CRM) for all digital rights. "A Summer in the Cage" won the 2009 Mental Health America Media Award in the Documentary Category. The film also received an honorable mention at the 2009 Voice Awards and was nominated for a 2008 Prism Award for Bipolar Disorder Depiction by the Entertainment Industries Council. "A Summer in the Cage" has screened internationally in film festivals and partnered with mental health groups to bring awareness and community to those patients and family members coping with mood disorders. (www.cagethemovie.com) In 2007, Ben was honored as one of 50 Non-Fiction Filmmakers at the Current TV/Fader Films Symposium â€œA Day of Dialogue and the Future of Non-Fiction Film," featuring keynote speaker former Vice President Nobel Prize honoree, Academy Award winner and Current TV founder Al Gore, as well as luminary documentarians Barbara Kopple, Albert Maysles, Alex Gibney, and Marc Levin. Ben was the Co-Producer of "Onward Christian Soldier," a feature-length documentary film about fugitive bomber and domestic terrorist Eric Robert Rudolph and was a participant with the film in the highly selective Sundance Producerâ€™s Conference at the Sundance Institute in 2003. Ben first became interested in film after seeing his mother, a psychologist, being featured in the National Film Board of Canada documentary "Lâ€™Interdit" (1976), about an alternative commune for treating schizophrenics in Canada. Ben is a member of the Independent Film Project (IFP) the International Documentary Association (IDA), as well as being fiscally sponsored by the IDA. Ben was born in MontrÃ©al, Canada and is a dual-citizen. Ben holds Bachelor of Arts with Honors in Film Studies and African-American Studies from Wesleyan University in Middletown, Connecticut where he received the W.E.B. DuBois Academic Award for Overall Excellence. He received a certificate from the School for International Training in Tanzania, East Africa. He resides in Brooklyn, NY.
To see Ben Selkow's full profile (including skills, experience and contact information), you'll need to be logged in as a Professional.
Join or Log in