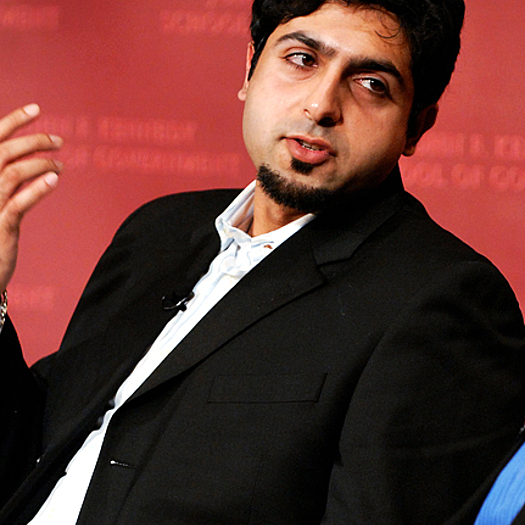 Shamir Allibhai is a Producer/Director/Editor that works on projects often in and/or about the Middle East and the Muslim World. Most recently, Shamir co- directed and produced the documentary feature AN ISLAMIC CONSCIENCE: the Aga Khan and the Ismailis (www.agakhanfilm.org). His film has been broadcast on VisionTV in Canada plus has been screened in cinemas, at film festivals, and at universities in dozens of countries on five continents. Prior to this, he co-founded and was the Commercial Director of the Channel 4 British Documentary Film Foundation, which launched in 2005 with Â£2.6Million (US$5M) in base funding. The non-profit organization, through non-repayable grants, funds filmmakers looking to make cinematic documentaries. Within the Foundation, Shamir was instrumental in launching BRITDOC, the UKâ€™s first documentary feature film festival in July 2006 in Oxford. Previously, Shamir worked as the Commercial Director for the largest filmmakersâ€™ community in the world, Shooting People, and contributed to the book Get Your Documentary Funded and Distributed. Until September 2003, he worked in Marketing & Customer Relations to the Factual & Learning and the Drama, Entertainment, and Childrenâ€™s departments for the British Broadcasting Corporation (BBC). He then joined Linx Productions as an Associate Producer focusing on documentary, corporate, and new media projects in the Middle East, East Africa, and South Asia. Shamir Allibhai has an MA from Harvard University and is a graduate of the Richard Ivey School of Business and the Gulf Islands Film and Television School. He has travelled to over fifty countries and many in the Muslim World including Afghanistan and Pakistan. Shamir is an active volunteer in his community.
To see Shamir Allibhai's full profile (including skills, experience and contact information), you'll need to be logged in as a Professional.
Join or Log in