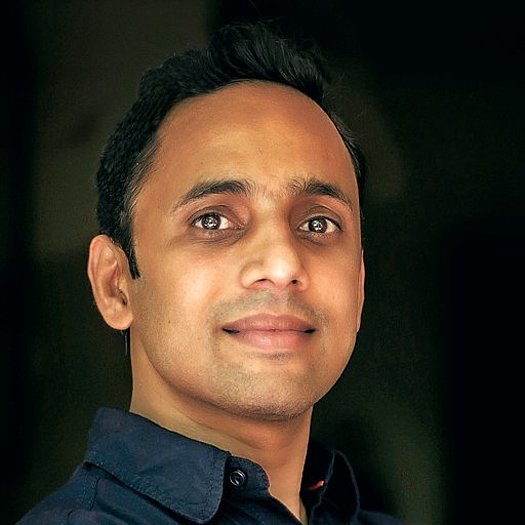 Ryan Lobo is an award winning filmmaker and photographer. H is also the author of the work of literary fiction “Mr. Iyer Goes to War” published by Bloomsbury UK.

In 2009 Ryan spoke at the TED conference about storytelling with photography to a standing ovation. Ryan owns Mad Monitor Productions, a film and photo Production Company based in Bangalore, India. He has worked as a producer and cinematographer for more than 80 film projects for National Geographic Channel, Discovery Channel, OWN and other networks and clients, including shooting undercover for the Emmy-nominated film Child Slaves of India, producing several short films for the Oprah show and several film projects in conflict zones like Iraq, Liberia and Afghanistan. Ryan Lobo has co-produced the critically acclaimed 2011 Sundance film festival award winning film, “The Redemption of General Butt naked”, the story of General Butt Naked, a former African warlord who terrorized Liberia with his child soldiers.  The film won for best cinematography at the Sundance film festival in 2011 and was nominated for best feature length documentary film. He has produced episodes for the OWN series ‘Belief’ on the Kumbh Mela, Jain initiation and Holi. He currently shoots various film and photography projects for the Bill and Melinda Gates Foundation and photography and film projects for the C&A foundation.

His photographs and writing have been featured in numerous magazines like GEO, Tehelka, Bidoun, The Caravan, National Geographic, the Boston review, Chimurenga, Onzeweruld, the Wall Street Journal and  others. As an artist, Ryan’s limited edition photographs have been exhibited all over the world and are present in many collections. As a writer Ryan has produced the work “War and Forgiveness” from his travels in Iraq, Afghanistan and Liberia. His photographs from super max American prisons have been used in the book “Torture and the War on Terror” by polish philosopher Tzevatan Todorov.

Ryan Lobo is the founder trustee of “The Sunbird Trust” which works towards ensuring education for children in insurgency affected areas of North Eastern India with the intention of bringing peace to conflict areas via education.

To see Ryan Paul Lobo's full profile (including skills, experience and contact information), you'll need to be logged in as a Professional.
Join or Log in