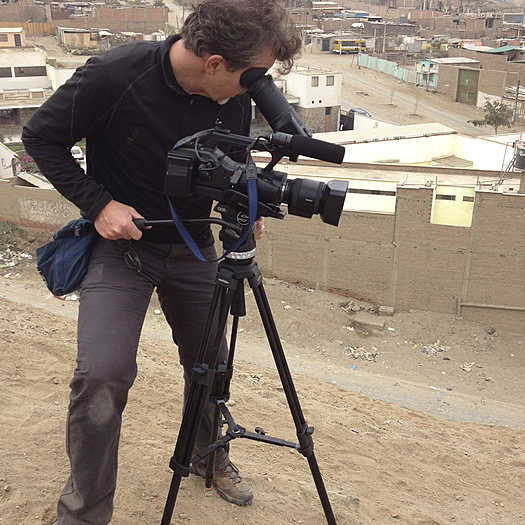 Director, cinematographer, editor and writer Rustin Thompson's new book, Get Close: Lean Team Documentary Filmmaking, was published by Oxford University Press in Feb 2019, and is available in bookstores, online, in libraries and universities. Thompson has made seven feature length documentaries, beginning with 2000’s 30 Frames A Second: The WTO in Seattle, which won several Best Documentary awards and was named one of the Top Ten films of the year by the American Library Association. His latest doc, My Mother Was Here, a memoir film, was an official selection of the 2019 Sebastopol Documentary Film Festival. His other films include False Promises, The Church on Dauphine Street, Quick Brown Fox: An Alzheimer’s Story and, Zona Intangible, set in a Peruvian squatter community, now distributed by Alexander Street. With his wife and filmmaking partner Ann Hedreen, they own White Noise Productions, which makes cinematically-driven, doc-style short films for non-profits. Thompson is also host of the popular Americana program, Road Songs, on 91.3 KBCS.FM. He began his career as a news cameraman and editor and is a graduate of the University of Washington.