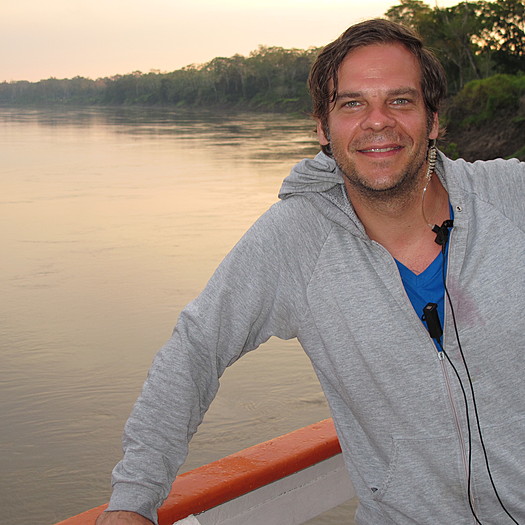 Rennik Soholt has worked in high-quality visual content since the turn of the new millennium. He has produced and directed shoots in over 25 countries across 5 continents. During his career, Rennik has assembled a large body of work that includes feature documentaries, non-scripted television series, music videos and other assorted web projects. His work has been showcased on PBS, CNN, Travel Channel, Nat Geo, History, Discovery Channel, ABC and across the Net.

Rennik produced and directed multiple episodes of the Emmy Award winning travel series, Anthony Bourdain: No Reservations, as well as the award winning PBS documentary mini-series, Broadway or Bust. He is the recipient of the James Beard award for the PBS series, Gourmet’s Diary of a Foodie, for which he also received an Emmy nomination. Rennik has directed a range of celebrities including Anthony Bourdain, news commentator and host, Brian Unger, the Grammy Award winning rock band, Queens of the Stone Age, and sports legends Jalen Rose and Warren Moon.

Most recently, Rennik has been focusing on feature documentaries, including Wine to Water: A CNN Heroes Special Presentation and Forced Change. He has called Los Angeles, Buenos Aires, Manchester UK, San Francisco and New Orleans all “home” at different points in his life. Currently, he calls New York City his home.