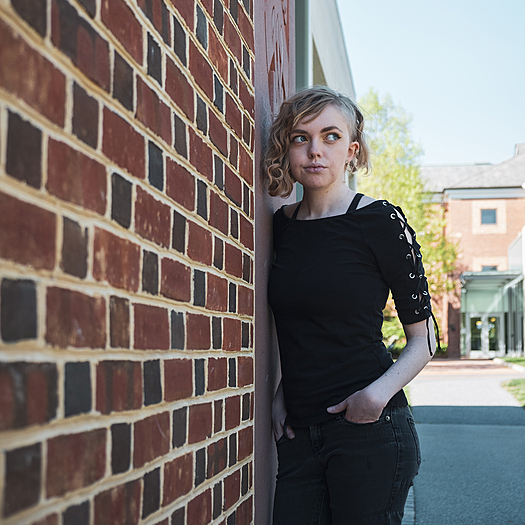 PJ Howard (she/they) is a French-American filmmaker and editor from Tampa, Florida. Primarily a Premiere video editor, they have worked with all manner of projects, from documentary to commercial to fiction. Often they have taken additional roles in smaller productions such as Director, Producer, Camera, and PA. They received their BA in Film & Media Studies at Franklin & Marshall College in Lancaster, PA, where they served as a Video Production Intern for four years.

When they are not editing or on set, PJ is often doing community work through film. They assisted in founding F&M Films and the F&M Photography Club at Franklin & Marshall and served on the executive board of SAGA (Sexuality and Gender Alliance) as Historian. Many of their film projects, such as Why It Doesn’t Work (2021) and The F&M LGBTQ+ History Project (2021) have served to spotlight F&M’s historic injustices and seek recognition for the work of marginalized students and alumni.