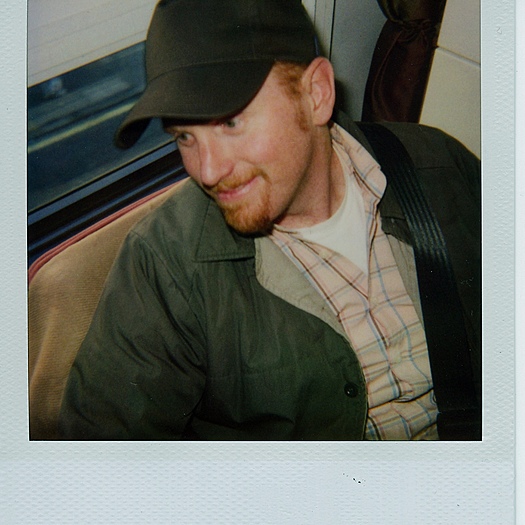 I had an epiphany watching a TV documentary as a teenager. I heard a voice from behind the camera and realised there was a human being there, asking questions. It took some years for this simple but life-changing realisation to filter across to the "I Could Do That" part of my brain, so I studied Politics and International Relations in the meantime. I took a Masters degree in Media Production and watched a lot of films, spent time in galleries getting excited about Video Art, and made a short experimental documentary about Absinthe in Barcelona. Upon graduation I confidently declared that I was now a filmmaker, and then very quickly discovered it was not yet so. I got a break on Pawel Pawlikowski's Last Resort, a BBC drama built of documentary aesthetics and techniques. Here I met a crew of passionate and dedicated professionals who rewarded my tea-making skills by keeping me busy for the next couple of years. One of them was Marc Isaacs who employed me as Assistant Producer on his documentary debut LIFT, which went on to win a multitude of awards at festivals around the world and screen on Channel 4 TV in the UK.

Thereafter I bounced between the worlds of drama and documentary until finding work as in-house studio producer for CC-Lab in Soho which led to music videos, live performance films, and many late nights. It was the start of a creative relationship with director Paul Kelly and the band Saint Etienne which culminated in us all spending a year together as Artists in Residence at Southbank Centre in London. Five years ago I finally became that person behind the camera asking questions (although like my hero Albert Maysles I would describe myself as a filmmaker rather than a director). I was drawn to India by a bank manager using his position to bring about social change and then kept returning to that strange and magical/chaotic country to find stories and people who inspired me. I spent 18 days living on an Indian train to document the Jagriti Yatra and met a paperboy in Jamshedpur who I followed for a day, creating a short film which won the 2012 Vimeo Documentary Award. I also worked with an NGO to make a film about handwashing which has been viewed over 450,000 times.

More recently I spent 12 months in New York as a Uniondocs Collaborative Fellow, won an Emmy for Tashi and the Monk, a 40 min doc which I produced, shot and co-directed and then moved to Portland.