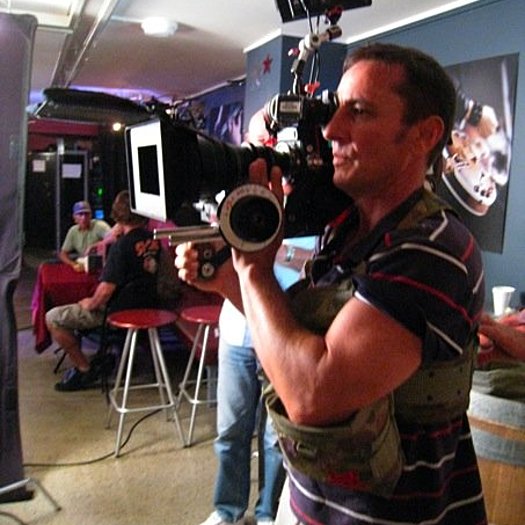 I fell in love with film via single-frame animation at primary school aged 11 and received a grant from the Australian Film Commission to make a short film when I was 14. About then, I also fell in love with surfing and bought a Super 8 camera which I took to Indonesia after high school to document my travels. Following this, I studied for a BA majoring in Film & TV at Curtin University in West Australia and after graduation worked with a wildlife documentary unit for a TV station, STW Channel 9 in Perth, then as a cameraman for Perth's largest production company, Western Images, for nearly 3 years. This company owned an Arri BL1V and a Mitchell S35R as well as a Super 16 SR2 and Aaton. I worked on a varied diet of TVC's and industrial/corporate docos frequently flying to the Northwest of WA to film on offshore oil and gas rigs or to the iron ore and goldfields. I have since worked as a freelance Director of Photography for over 15 years and have been lucky enough to be sent on assignments to countries including Mexico, Costa Rica, Morocco, Mozambique, Sth Africa, Indonesia, French Polynesia, Peru, Chile and Brazil as well as Europe, Fiji and the United States. I have an affinity with the ocean and have worked as as a contributing DOP alongside Jack McCoy on four surfing documentaries he's directed, and 2 feature films. I've also directed and shot several surfing documentaries, including the internationally-released Rip Curl film 'Stomp', during which we sailed a yacht around the islands of French Polynesia. I'm familiar with all film and video formats including HD and RED & enjoy working with people who are passionate about achieving their vision. I've had a broad range of experience including directing cameras on a reality television series. I have a strong work ethic; am comfortable with working long hours and am dependable in difficult situations. I play the guitar and sing even when others try to stop me!
To see Peter Baker's full profile (including skills, experience and contact information), you'll need to be logged in as a Professional.
Join or Log in