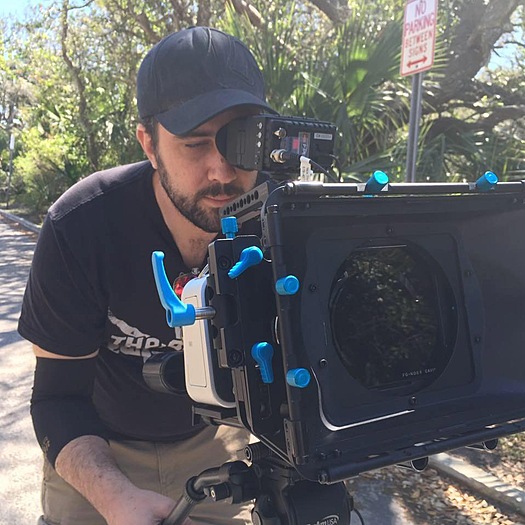 A New Orleans native, Nick Theriot grew up between France and the United States. Attending Kennesaw State University and The Art Institute of Atlanta, Nick is a seasoned editor and budding colorist. Mr. Theriot also enjoys DIT and DP wrk.

Nick's passion for film stems from an upbringing that included much photography and a wide exposure to movies. This eclectic background serves Mr. Theriot's affinity for black and white digital filmmaking and guerrilla style documentary shooting.

When not on set or in various phases of production, Nick, lives quietly with his Dog, Rookie, in the greater Atlanta area where he maintains his own editing and grading suite. Nick also writes music and is a professional bass guitarist.