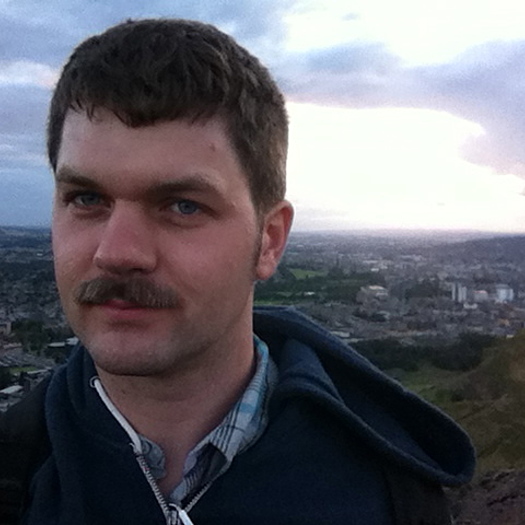 Nick works as a freelance director, editor, and videographer. A native of Muskegon, Michigan and a graduate of Columbia College, he studied documentary directing and editing at the prestigious Michael Rabiger Documentary Center while working his way through college as a bowling mechanic. Upon graduation, he couch surfed through Europe with a skateboard and camera in tow. In 2008, inspired by his internship at Kartemquin Films, Nick created the Chicago Youth Skateboard Project, a non-profit organization that gives away free skateboards to inner city children and produces the "Skateboard Jam" at Lollapalooza every summer. Nick continues to build a reputation for his film making on the web. In the summer of 2009, he completed his most ambitious project to date- the comedy web series â€œHot Rod Hearts.â€ He is currently pursuing a variety of projects ranging from documentaries to short film scripts. Nick eats pizza and hot dogs every week in Chicago with his wife, Karli, their dog, and two obese cats.
To see Nick Nummerdor's full profile (including skills, experience and contact information), you'll need to be logged in as a Professional.
Join or Log in